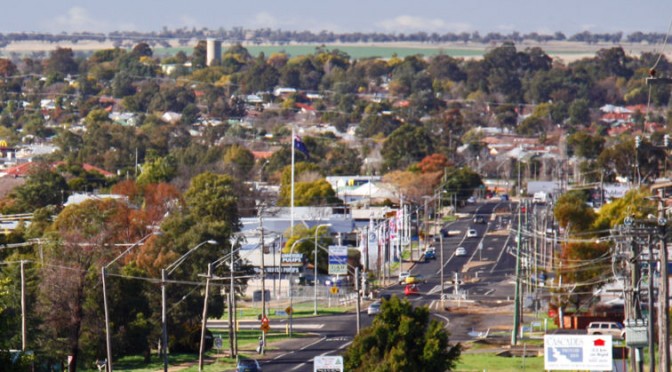 The city of Dubbo in New South Wales, Australia,  is situated at the junction of the busy Mitchell and Newell highways and has been an important centre from the early days of western settlement and a gateway to the vast western plains.

Dubbo is located in Wiradjuri country, and its foundation still races through the veins of many local residents.   It’s this passion and spirit that saw its growth from a village in 1849, to a village in 1872, to a city in 1966, and the thriving regional hub it is today.

Dubbo’s biggest tourist attraction is the Taronga Western Plains Zoo.  Based on 300 hectares of bushland, and home to over 700 animals, the zoo is widely recognised as Australia’s greatest open-range zoo and runs a successful breeding program for a number of endangered species.

Would you like us to research on your behalf? An initial research fee of $40 is usually required, depending on the complexity of your inquiry. More info...

An impressive collection of over 14,000 images offering a glimpse into the lives of mid-20th century Dubbo. Read more...

Our family history society holds files on families with the following surnames. The files vary from a few pages to substantial amounts of information. Read more...

Committee meetings are held in the library at 11.00am on the third Tuesday of each month.

All members are welcome.

Trustees of one of the largest collections of genealogical and historical resources outside of Sydney.

Formed in 1983, the Society is dedicated to providing resources and information for family and historians researching people and places not just in the Dubbo (NSW) district, but Australia and world wide.

Our large book collection covers cemeteries, local and school histories (many of them from the Western region), family histories, general research guides; as well as local, Australian and overseas research.

The Society’s vast library resources have now grown to include an impressive and comprehensive collection of records readily available to all - locally and abroad.